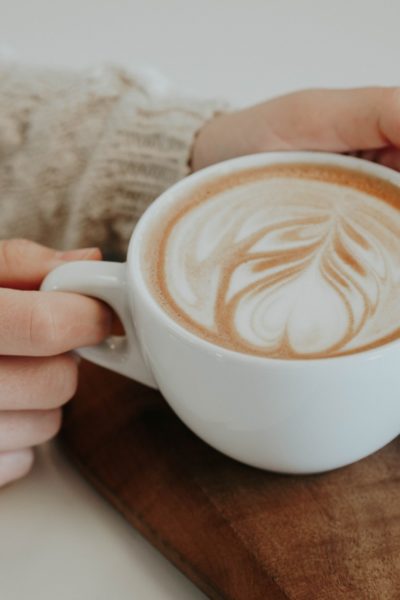 Last month, I was chatting with a dear friend who has a friend that was recently diagnosed with Stage 4 cancer and was having to make the decision about whether or not to pursue chemo.

My friend had shared this prayer request with her children and the next morning, with typical child-like faith, they asked if her friend was all better now. “What should I say?” she asked.

How do we pray for the hard things?

It can be particularly challenging for a Christian who not only believes in God, but believes in a God of overwhelming love who can act in our lives in a real and tangible way, but often chooses not to act in the way we want Him to.

As Christians, we know our God is the God of miracles. We know that if it’s His will, He can do what we ask (1 John 5:14-15). Yet we still find there are many times He doesn’t answer the way we want. People still die of cancer, get in car accidents, and lose their jobs. Relationships are broken, babies are hurt.

I’ve prayed for things half-heartedly at times because I didn’t expect God to answer favorably. If I prayed too hard for it, then I would get my hopes up, and I didn’t want to face the disappointment of feeling like I had tried my hardest for nothing.

I recently went through a hardship that God used for good to mature my attitude toward prayer. I was inspired by the actions of David in 2 Samuel 12 when he prayed for his son born of Bathsheba, his son that Nathan the prophet said was going to die.

Did David accept the news with stoicism? No.

Did he remove himself emotionally from the picture? No.

What did David do?

The Bible tells us, “David therefore sought God on behalf of the child. And David fasted and went in and lay all night on the ground.” (2 Samuel 12:16 ESV)

However, God chose not to. He said no.

Verse 18 says, “On the seventh day the child died.”

His servants, seeing how he fasted and prayed, were afraid to tell him. Afraid of what he might do once he found out the child was dead. Look at David’s response to the child’s death.

Then David arose from the earth and washed and anointed himself and changed his clothes. And he went into the house of the Lord and worshiped. He then went to his own house. And when he asked, they set food before him, and he ate. (2 Samuel 12:20 ESV)

And his servants were surprised. They questioned him and he responded,

“While the child was still alive, I fasted and wept, for I said, ‘Who knows whether the Lord will be gracious to me, that the child may live?’” (2 Samuel 12:22 ESV)

But God said no. And David could worship.

Confident He heard me…

When my recent hardship came to a head, unlike my usual vacillating between “Thy will be done” or “My will be done,” I chose to do something dramatically different.

I came up with a huge list of specific prayer requests for this situation, wrote them down and prayed through them every single day. It was so hard to pray those things every day and not know the outcome. Yet, I prayed.

And guess what? God said no to each and every one of them.

And it hurt but it was also one of the best things I could have done. Praying boldly and specifically for things I couldn’t control gave me a totally different sense of peace than I had experienced before.

This left me able to move through the grieving process, as I didn’t have regrets or what-ifs. I wasn’t stuck wondering if praying harder, asking differently or being more in tune with His will would have changed the outcome.

Instead, I had asked and God said no. Rather than fighting back, questioning, or sulking, I could say OK and like David, worship God.

Which brings me back to the conversation I had with my friend. When God chooses not to answer a prayer the way we want Him to, we don’t know what He is saying yes to. My friend can encourage her children to pray with their whole heart for healing, yet rest in the confidence that if God closes the door to her healing, it’s for a bigger purpose.

Better than a window

And it’s not just that when God closes a door, He opens a window. That sells God short.

He’s not opening a window. He’s opening a beautiful door to the next step of His vision for our lives.

It’s much easier for our minds to imagine what might have been. It’s much easier to be fixated on what we thought we had, what we were going to have in the future, than to picture the future without that dream. But His dream, His vision for us is always better.

“Now to him who is able to do far more abundantly than all that we ask or think, according to the power at work within us, to him be glory in the church and in Christ Jesus throughout all generations, forever and ever. Amen.” (Ephesians 3:20-21 ESV)

So take heart. When God says no, He is saying yes to something even better than we could imagine.

Previous Post: « Podcast Episode 23 – The Impact of a Devoted Mother with Tim Challies
Next Post: God Loves You in Your Longing »