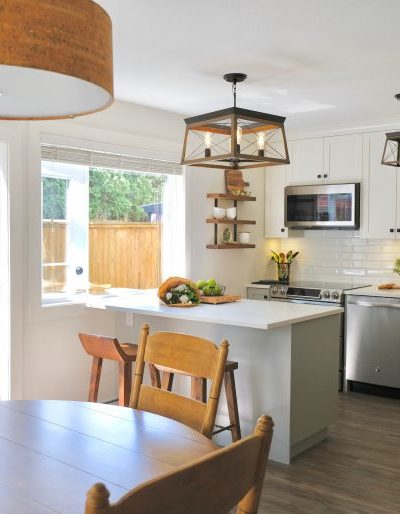 Many of us understand the importance of mentorship in the life of a Christian. Perhaps you were discipled by a wonderful older woman, and now you want to fill that role for someone else. Or maybe you knew the struggle of trying to figure it out on our own and longed for an older woman in your life. Or maybe you’ve simply begun plucking out grey hairs (even us 20-somethings) and are starting to think that it’s time to be the older woman for someone younger.

We know the call of Titus 2—to teach the younger women “to love their husbands and children, to be self-controlled, pure, working at home, kind, and submissive to their own husbands, that the word of God may not be reviled” (vv. 3-5 ESV). But how do we do that? How do we do this in a caring way? How do we become mentors like the ones who have discipled us? How do we become older women to whom the younger women can go?

She Is Rooted in the Word

If we believe the Bible is inspired by God, “profitable for teaching, for reproof, for correction, and for training in righteousness” so that we may be “equipped for every good work” (2 Timothy 3:16-17 ESV), then we need to first be rooted in it. We can’t teach what we don’t know, and so we need to begin by rooting ourselves in the Word so that we can teach and show the younger women to do the same.

When a young woman comes to us for counsel, we can be quick to throw our Bible verses and Christian adages at her—we want to solve all her problems immediately and lift her countenance. But Proverbs 18 says that only a foolish person answers before listening (vv. 2, 13). James also admonishes believers to be quick to listen and slow to speak when handling the Word of God (1:19).

We all want to be trustworthy. Not many people set out to be gossips. But then we get that itch—it’s such a good story, she wouldn’t mind one or two others knowing. Friend, you must be trustworthy. There are select situations that call for a breech in confidentiality, and there’s wisdom and common sense to discern those. Gossip is a sin, something altogether different.

If you have the reputation of telling all the best secrets in your church, the young women won’t be flocking to you for counsel—and they shouldn’t, because you’re in unrepentant sin. Who wants to open up and reveal their true heart when there’s valid fear of being exposed? Proverbs 16:28 reminds us that gossip separates even close friends, and the same applies to the mentor relationships.

When we take on the role of an older woman, there’s the temptation of pride and fear of man that says we must put up a show of perfection. But a caring relationship is developed through not only the vulnerability of the younger woman but also through the vulnerability of the older woman. We should be ready to admit that we’re sinners and in need of grace. Even if you haven’t struggled with the same sins as the younger woman, we all know the growing pains of sanctification and mortifying sin.

If, as older women, we desire to display Christ for the younger women, we must show the same patience God has shown us (Romans 2:3-4). Ephesians 4:2 says that we are to patiently bear with one another—the opposite being frustrated and annoyed. When we struggle to show patience to those we counsel, we need to remember how God has patiently dealt with us and our sins; He remains faithful through each sin and trial, guiding us to the truth.

The Bible instructs us to not only point out sins in one another but also to encourage and comfort each other (1 Thessalonians 5:11). A caring relationship is developed and continued by our efforts to always see the best in the younger women we mentor (1 Corinthians 13:7) and by seeking to encourage them in their faith. Growth not only happens when we are calling out sin, but it is also through encouraging one another in our obedience to God. Without this encouragement, we can leave younger women disheartened and hopeless.

Discipleship requires sacrifice. Christ laid down his life for us, and so we should be willing to do the same for the younger women we counsel (John 15:13). Though it’s important to care for our own souls and physical well-being and put our family first, discipleship requires a sacrifice of our time, resources, and desires. Sometimes it may mean going for a run with a younger girl when we would rather be sitting in a coffee shop hugging a latté. It may mean doing a Bible study when we would rather be reading a classic novel. If we aren’t ready to make some sacrifices for someone else, we aren’t ready to be their older woman.

Even if you feel you are not ready to mentor someone, these are characteristics that all Christians should pursue, for the betterment and growth of the Kingdom.  All of us, mentors or not, need to be rooted in the Word, quick to listen, open and trustworthy, full of encouragement and patience, doing all these things with a sacrificial heart.

Not On Our Own

At this point, I expect two possible reactions: hopelessness or pride. I could never fill such a role or Yes, I’ve arrived. Sister, God wants you weak. He doesn’t want somebody who believes they’ve met all the qualifications perfectly on their own—they will just lead others down the hopeless path of self-sufficiency and self-righteousness. But we aren’t of any use if we have no hope either.

In the end, an older woman who can disciple a younger woman is one who knows her inadequacy, and so she is praying without ceasing for God to guide her. She knows she was not saved in any strength or merit of her own and that she is not sanctified by it either. And so she presses forward in the Spirit, not her flesh, and points the younger women to do the same.

Previous Post: « Lord, Teach Our Children to Pray
Next Post: Book Review: The Gospel Comes with a House Key by Rosaria Butterfield »