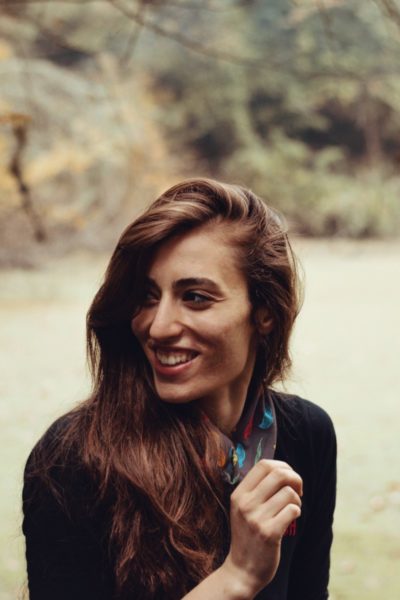 Jesus tells you that redemption by the blood of the Lamb makes all things new (I Peter 1:18-19; II Corinthians 5:17). The new name you claim is above every other name that can be named (Philippians 2:9-11).

So, are you broken?

I Peter 2:24 says,“He himself bore our sins in his body on the tree, that we might die to sin and live to righteousness. By his wounds you have been healed.” (ESV)

Jesus bore our sins so we could be named “healed”. Because of this, it is no longer true of our reality to claim a “broken” identity.

It’s easy to fall into calling ourselves “broken” because it sounds good. It seems humble and feels real in suffering. It appears to reflect the sin we see in ourselves and others, and the damage it wreaks in our lives.

Yet, Scripture calls us to take God at His word and we are told by Him that our brokenness is healed and replaced with a new, righteous life. Whole in Christ is now at the core of who we are in our innermost being. The world, those who reject Christ, our fallen culture – these are all broken and we live in the context of brokenness. But broken is no longer our identity.

Accepting the identity of “broken” is to live in a reality without hope, without sanctuary in suffering, and without victory or rejoicing in the wholeness and healing that is ours in Christ.

But naming our identity with the truth of what God declares over us brings us into the reality that sin and brokenness can be brought before the throne of God and healed by the blood of the Lamb (Revelation 12:11). Our own sins which so easily ensnare us (Hebrews 12:1) can be forgiven, and right relationships can be restored. There is a loving Father making our suffering beautiful in its time (Ecclesiastes 3:11-13). We have an advocate, Jesus Christ the Righteous and we are freed by His blood (I John 2:1-2).

Imagine what this looks like in a marriage. Say you’ve let your bad day become a bad attitude and taken it out on the person closest to home. You sin against your spouse in impatience, exhaustion, insecurity or discouragement. What next? How do you deal with the terrifying or defeating breach in your relationship that opens up through harsh, unkind words or cold, demeaning attitudes?

You could begin a story and name the main character Broken. Irredeemable. Defeated. Failed. That’s a pretty dark place to end up on an already bad day.

Or you could begin a story and name the main character Victim. Misunderstood. Mistreated. Belied. Belittled. Betrayed. That may be momentarily more comfortable as it shifts a guilty conscience onto the other person in your dark place. But it still leaves you trapped in a world of defeat.

But what if you could begin a story and name your stumbling block Sin? Unkindness. Harshness. A Critical Spirit. You can name it all and freely ask forgiveness. You can shine the light of truth into your dark place.

A story that tells the truth

Which story tells the truth about who God has made you in Christ? Which story holds the possibility of ending with the intimacy and joy of giving and receiving forgiveness, mercy, and love – the same kind of intimacy we have with God as He shows us love, mercy, and forgiveness each day?

Which story breaks down the wall of sin and forges deeper fellowship in your relationship? Which is filled with more hope, joy and redemption?

We become what we call ourselves. Naming ourselves or our marriages “broken” creates a false reality that distances us from the victorious truth and hope we have in Christ. And avoiding naming hard things like sin means dwelling in those hard things rather than experiencing freedom from them. When we cling to names God has not given us we blind ourselves to the overflowing bounty of life in Christ.

As you begin to live the freedom of being named Christ’s, I’ll leave you with these exercises for your eyes of faith that you may see true reality more clearly, and name your story faithfully.

First, start by interrupting the conversation in your head. Ask yourself:

Naming creates. Your naming will create a life and a world that is true and good only as far as it mirrors the one true reality named by your Creator. When you are tempted to call His reality a lie, your life becomes full of the suffering, misery, and darkness that comes from believing and living a lie. Live in truth.

Next, listen to those around you who name you rightly.

You can name more truthfully when you hear others do so as well.

Finally, dwell in the safety and bounty of the goodness of God.

Go forward from glory to glory. Return again and again for another infusion of mercy and hope from the One who has named you: Victorious, Mighty and Redeemed.

This article is part 2 of Amy’s mini-series on identity. You can find part 1 by clicking here.

Liked it? Take a second to support womenencouraged on Patreon!

Previous Post: « Podcast Episode 13 – When Your Friend is Suffering with Marissa Henley
Next Post: The Ministry of a Mentor »