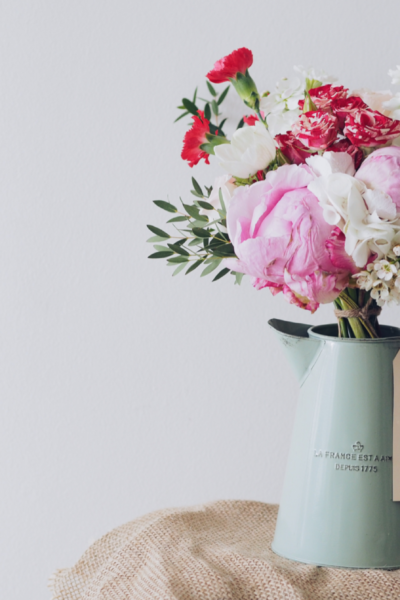 It was Friday night and my dorm was quiet because nearly everyone who was usually around had trekked across campus to the gym to support our team during a raucous men’s basketball game. I had declined multiple invitations from ladies on my dorm floor to join the parade down to the game because the depression in my bones begged me to lay down and shut out everything while I nursed the heartaches I’d been carrying around for some time. My emotional traumas ran deep, and I didn’t have it in me to do something like attend a basketball game just for the fun of it.

My roommate had gone home for the weekend, so it was just me putzing around, and as the night wore on, loneliness stealthily crept in. I had no papers to write. Social media scrolling wasn’t yet a thing one did to numb the cry of the soul. My window was open to the amber street light and I could hear intermittent cheers in the distance when our team scored.

With a start, I snapped up my jacket and decided that even though being in a faceless crowd of people felt like a bruise to my tender soul, it would be better than the crushing loneliness of being alone in my room.

I came through the gym doors to a blast of noise and excitement, players flying up and down the court; passing, whirling around players and leaping up to shoot baskets. My eyes darted around at the full stands and I couldn’t find one open space where I might be able to sit. Even the nosebleeds were packed to the brim with cheering people, and as I walked along the end of the court toward the student section, my legs felt suddenly heavier and I started feeling a little panicked that I’d made the walk there in vain.

This was no place for a broken heart still reeling from the breakdown of my childhood family, which had been ripped apart by a messy divorce that still felt fresh. To say that our family dissolution gutted me would be an understatement.

I had already promised myself that I never wanted to be married, and most certainly never wanted to have children, because as far as I could tell, marriages didn’t last, and kids whose parents divorced never could feel whole again. That’s what I thought.

I was about to turn back for the dorm when a few rows up, a whole row of guys and girls from my dorm waved me over. I could barely hear them over the noise.

“We’ll squeeze you in! Come sit with us!” they said. I willed my legs up the stairs, and squeezed my way onto the end of the row next to a guy I’d seen a few times, but had never spoken to. He introduced himself to me, and neither of us watched one wink of the rest of that game. It wasn’t a love at first sight sort of thing, but we did chat for hours, and he became my husband a few years after that.

In the past twelve years we’ve had six children and more laughter than I thought I’d ever experience in my lifetime. I firmly believe my husband’s love for me is an expression of God’s faithfulness to find me in the depths of my despair and give me a hope and purpose that is far beyond what I would have ever asked for.

“Then I will make up to you for the years

That the swarming locust has eaten,

My great army which I sent among you.

You will have plenty to eat and be satisfied

And praise the name of the Lord your God,

Who has dealt wondrously with you;

Then My people will never be put to shame.

Thus you will know that I am in the midst of Israel,

And that I am the Lord your God,

And there is no other;

At our wedding, my father stood to give a toast; glass in one hand, open Bible in the other. He is a man who invested the truth of Scripture into my life throughout my childhood, deeply wounded me when he left our family and divorced my mom, but always—even through his own failings—clung desperately to God and has always sought to bless me with riches from the Word. When he raised his glass that day, he shared a promise with my new husband and I as we began our lives together.

“After you have suffered for a little while, the God of all grace, who called you to His eternal glory in Christ, will Himself perfect, confirm, strengthen and establish you.” 1 Peter 5:10 NASB

As God has promised, so He has done in our lives, and in so doing has convinced me that He does indeed faithfully make everything beautiful in its time (Ecc. 3:11). Through trials, brokenness, poverty, and the most humbling and glorious motherhood journey, I have learned that He who has promised is faithful (Heb. 10:23b).

Previous Post: « Facing the Unknown
Next Post: He Gives More Grace Because You Need it from Him »


Error: API requests are being delayed for this account. New posts will not be retrieved.