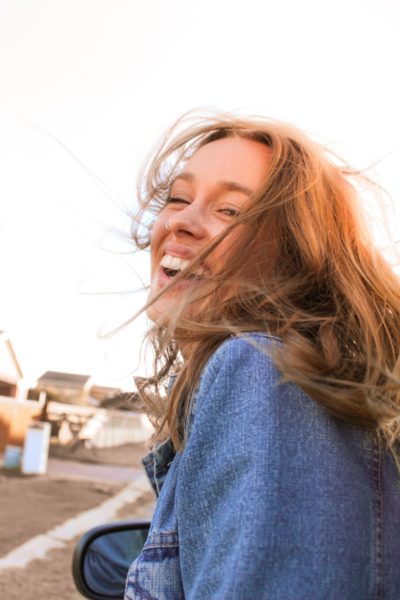 I’m a part of a weekly Bible study group that meets in my home every Thursday afternoon and within this group of 5 women, we have two single gals, one married with two small children (that’s me!), and two empty-nesters. Quite a diverse group to be sure! Some might find it hard to relate to women across the spectrum of life seasons, but I have found many rich relationships within this group unlike anything I’ve ever experienced before. I have learned so much from both the single gals and the older married women. We have grown together in countless ways over the span of the past few years of meeting together weekly, and I am forever grateful to the Lord for these life-changing friendships.

It can be really tempting for us as Christian women to only pursue friendships with other women who are in our same season of life. While it is uplifting and important to seek out friendships with women we can relate to because we share a common life stage, it’s also important that while doing so, we don’t inadvertently ignore or leave out women who are in other seasons.

Sadly, one of the oft neglected demographics of women in our churches these days tends to be the single gals. I know that one of my single friends who is a part of our Thursday Bible study group has found this to be a hard trial that she has faced recently. As she is approaching thirty, she is finding it increasingly difficult to fit into any group in her church. She is no longer a college student, older than many of the “singles”, and yet isn’t a married woman or mother.

With that in mind, I want to encourage you today to not only realize the importance of cultivating friendships with and loving on the single gals in your community, but also some practical ways to go about doing so. Hopefully, there will be something in this list you can implement right away in your own life!

7 Ways to Love the Single Gals in Your Life:

The first thing is simply to include them. The next time you want to call up someone for a coffee date, call one of the single gals at your church. The next time you host a dinner party or Bible study, invite the single gals. Help them feel like they are a part of the group. Talk to them, really see them, notice them, include them, and just make them feel loved and wanted.

Even just a quick hug and greeting at church, a short text, quick phone call, or simple Facebook message will go a long way. Our single sisters battle feelings of being alone and unnoticed, so notice them every chance you get.

Too often we make the mistake of thinking we can’t learn from people who are not in the same life stage as us. Nothing could be further from the truth. Precisely by virtue of the fact that they are in a different season, and thereby see life through a different lens, they are able to provide us with a perspective we simply wouldn’t have on our own. I learn a lot from my single friends, and you can, too.

3. Realize your single sisters are not deficient, as though they haven’t “arrived” yet.

I recently had the opportunity to talk with Natalie Lewis, writer and founder of a ministry for single women. We discussed kingdom-minded singleness on my podcast. When I asked her what are some of the stumbling blocks that we set in front of our single sisters when it comes to how we view and interact with them, one of her answers was, we view single gals as projects, as people to be “matched up” with someone else.

Another answer she had was that we sometimes act as though single women are somehow less-than and there are just certain things they will never understand until they are married. If we were to stop viewing our single sisters as projects, incomplete, or further back in their sanctification journey because they are not yet married, it would go a long way towards growing in our love and ministry for our them.

4. See them as the sisters they really are.

As believers, our single sisters are members of the Body of Christ just as we are, adopted into the family of God, and therefore our sisters forever. We need to treat them that way, as our beloved sisters in Christ.

They truly aren’t that different from you and I! They are women, too, with the same struggles, challenges, difficulties, hopes, and dreams as you, and should be treated as such. We can make strides in cultivating unity in the Body of Christ when we remember that they are our sisters, members of the same Body, redeemed and washed clean by the same Savior’s blood.

5. Communicate to them that their importance, wisdom, and value in Christ do not hinge on their marital status.

While marriage is definitely very sanctifying, so is singleness! The idea that our single sisters cannot know as much as their married counterparts is simply not true. Again, they are our sisters in Christ, which means that the same God who is working in us is also at work in them, as well.

We sometimes entertain the false idea that the calling and role of wife is higher than the calling and role of being a single person. Marriage is a beautiful thing, to be sure, and it does image to the world the relationship between Christ and his bride, the Church. Having said that, Paul also stated his belief in 1 Corinthians 7 that singleness was preferable because single people such as himself were better able to serve God, having more free time and fewer familial responsibilities and roles.

With that in mind, we love on the single women in our churches better when we no longer view them as a project to “fix ” or as someone who has not yet “arrived”. We will instead see them as whole in Christ, lacking nothing, and able to serve the Kingdom of God in countless, amazing ways.

6. Remember that ultimately, our highest calling is the same.

Too often, what divides us along seasonal lines and stages is that we are far too busy focusing on our differences rather than noticing our similarities and the things we have in common. I find this to be especially true between marrieds and singles, and I believe it’s often why we tend to neglect each other in the friendship department.

There is good news, however! Our highest calling is two-fold: to live as an image-bearer of God (Genesis 1:27) and to be an ambassador of Christ, daily seeking to live as a Great Commission worker (2 Corinthians 5:20, Matthew 28:18-20). That means all of us, whether married or single, are on a level playing field, equal in the eyes of God and able to accomplish much for his Kingdom!

7. Validate their desires and struggles.

While it’s important for us to remember that marriage is not a woman’s highest calling, and that we should be viewing our single sisters as being equal in importance and worth, it is nevertheless also important for us to take the time to enter into the pain and trials they do face as singles.

When Jesus went to Mary and Martha following the death of their brother Lazarus, he took the time to weep with them –  even though he was about to raise Lazarus from the dead and all would soon be well. He entered into their pain first, rather than dismissing their grief and sense of loss. I believe this is an area we, as the Body of Christ, can make efforts when it comes to empathizing with and loving on our brothers and sisters in the Lord.

As important as it is to communicate truth, as crucial as it is to bring the good news and eternal perspective of Romans 8:28 to our hurting sisters, what we often need to do first is enter into their pain with them. We can do this by validating their longings for a husband, showing that it’s understandable how much they yearn to be married, and letting them know that we empathize with how they are feeling.

From that place of loving relationship and concern, we can then speak truth about the nature of a woman’s highest calling, the impact single women can have on the Kingdom of God, and so on. It first starts with love, compassion, and relationship, and then along with that love, we speak truth.

Go love and build up the Body of Christ.

The gospel really does level the playing field. We are all one in Christ, whole and complete in him, lacking nothing. We each have an important role to play in the building up of the church and the advancement of the Kingdom of God. We need each other, we are stronger when we are united together, and it is specifically when we love each other well that the watching world is able to recognize us as being followers of Christ.

So love on your single sisters today, friend. And thereby build up the Body, spreading the gospel in the process!