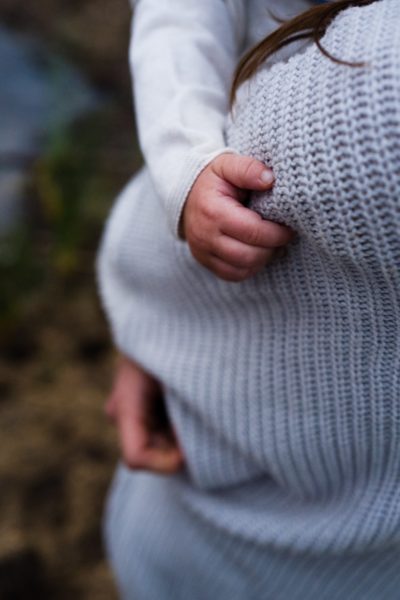 A few nights ago I was done.

It had been a long day; my oldest son had a disagreeable attitude that caused some tension between him and me. My husband was away for the evening at worship practice for the Sunday morning service.

It had been a mostly good day, but a long one, and by bedtime my energy/tolerance level was spent. Like blood in the water to sharks, when my kids sense my draining energy, their energy level can surge.

We made it through, maybe not as smoothly as other evenings, but they all got their pajamas on, teeth brushed, we read a story, and they went to bed without any sort of big battle.

It was after they were all in bed, the lights dimmed, the house quiet and calm that I felt I could finally release the day. I went into the bathroom to brush my teeth and there on the counter were two tubes of toothpaste. The almost-empty one that the kids were getting the last out of looked used and worn, squeezed from every possible angle. It was crumpled on the counter, almost completely empty. Next to it was the new one we had bought earlier in the day just waiting to be used.

That mental image of the two tubes next to each other really helped me. It’s okay to be all used up as long as I am relying on the power of Jesus to fill me up. The fact is, there are going to be days where I either make it harder for myself due to my actions or attitude, or life throws obstacles in my way that reach up and squeeze me pretty hard.

My job as the mother to these children God has given to me is to be used up. My job is not to be perfect. More importantly, it is my job to cling to Jesus, to run to him with my wrung-out self, and ask to be refilled again and again and again.

Galatians 6:8-10 tells us, “For the one who sows to his own flesh will from the flesh reap corruption, but the one who sows to the Spirit will from the Spirit reap eternal life. And let us not grow weary of doing good, for in due season we will reap, if we do not give up. So then, as we have opportunity, let us do good to everyone, and especially to those who are of the household of faith.” (ESV)

At the end of any given day, the toothpaste tube could be angry that it was grabbed by little, growing hands and squeezed. Or, it could be thankful that it did its job: to pour what is needed, when it is needed, because it is filled up, ready to do just that.

I know I personally needed that reminder from God with the toothpaste tubes on our bathroom counter. I don’t want to be bitter or angry for being needed, or even for the rough squeezes that can come in various forms on any given day.

I want to be filled up with Jesus so I am ready, even if at the end of the day I will be crumpled. I know I am being used by Him, for Him in my own life and the lives of my children.

Liked it? Take a second to support womenencouraged on Patreon!